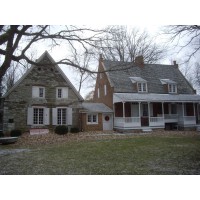 Nowadays, the colonial era hardware has become quite popular and has seen a revival across prominent American cities. Many of the home owners who wish to revive the classic Colonial architecture used by the colonists all those years ago prefer to go for colonial hardware designs.

The American colonial style, in particular is a mix of traditional Dutch colonial and British colonial designs. Typically, in the US, the colonial-style homes are often with chimneys, low-covered porches, and angular style with symmetrical windows. But even in the colonial styles, one may find difference in the northern and southern part of the country. In most of the northern US states, colonial homes include one chimney in the middle, while in southern states, colonial homes often have two chimneys.